Protecting and promoting the interests of

freeholders and leaseholders on the Bournville Village Trust Estate 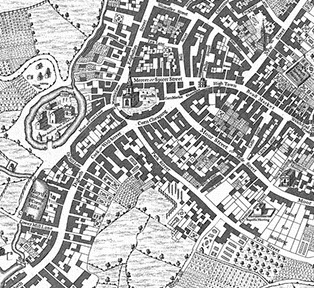 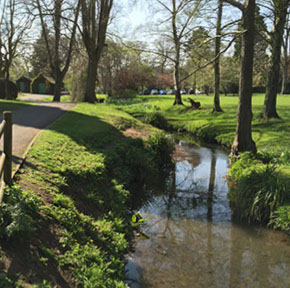 Bournville’s origins lie in the far-sighted vision of George Cadbury
(a Quaker) to improve the lives of his factory workers. This involved the provision of quality housing, medical facilities, schools for the children, baths, gardens, parks, places of worship, etc. At this time there was no Welfare State. The Estate was to be built using the wealth created from his chocolate factory sited near the river Bourn hence the name Bournville.

George wanted to build lives, not just houses. In an early form of social engineering he attracted a mix of white collar

1930s: The first period of expansion

Mixed housing with tenanted and privately owned houses was built. The land leases were now mainly for 99 years. Whether this was as a result of the great need (this was the time of the great Depression), or of more like minded people moving onto the estate we are not

Considerable expansion took place in the 1960s. The post war babies were growing up and there was a great shortage of housing. Farmland was used to build many new houses. In Bournville all privately owned property continued to be leased. Some properties were self-built and others under Bournville direction, but all had to follow the
strict guidelines.

Before the 1967 Leasehold Reform Act the ownership of all property built on leased land returned to the original owner at the end of the period of the lease. The new Act provided a means for a leaseholder, within certain conditions, to buy the lease and become the freeholder.

A number of notable exceptions were allowed within the Act.

1972: BVT were granted powers to manage the estate.

The High Court granted BVT the right to retain the powers of management over the Estate. The area was strictly defined by a map and is legally referred to as “The Bournville Village Trust Scheme”. This sets out the legal framework of responsibilities between the Trust and the homeowner.

For example the Trust are responsible for the maintenance of the landscape and amenities they own and are able to demand payment for such (called the Management Charge).

1989: BVT sought to change The Scheme

In 1989 the Trustees of BVT sought to amend The Scheme by altering the means by which the Management Charge was calculated and hence raise the levy on the Freeholders.  As the original Scheme was approved by the High Court, they had to apply to the same authority to make such an amendment. Whether the Trustees intended to place all the freeholders in a High Court action can be debated. However considerable opposition was generated across the Estate. A public meeting was held and an organisation called Freeholders & Leaseholders Action Consortium (FLAC) was instigated to
oppose the Trustees.

Besides the financial considerations many were offended. A lot of homeowners felt very indignant to be told by officers of BVT that they "existed for the benefit of the tenants" and hence the management charges needed to be increased to raise funds. The method devised included retrospectively applying fees based upon the previous year’s expenditures. Of course the Trustees are a housing association and as a charity have legal responsibilities as such to do their best for their tenants, but the idea of homeowners being a "revenue stream" didn’t go down well at all.

1992: The Bournville Freeholders Association was formed

In early 1992 the Bournville Freeholders Association was formed to represent freeholders and set about examining the expenditures of BVT. This was not easy to accomplish as the expenditures regarding maintenance of the Estate were buried in the Trust’s accounts. A highly confrontational period then existed where the Trust officers’ sought to justify their charges and BFA would seek evidence to validate or dispute their claims.

BVT and BFA made a joint approach to the Leasehold Valuation Tribunal to seek an amendment to the Scheme which effectively returned the Management Charges to the process originally devised in 1972. i.e. a charge based upon a fixed sum (£67) which would escalate in line with a published index related to wages of council manual workers.

2009: Leaseholders were invited to join BFA

Over this period a growing number of Leaseholders were buying their freehold and many were approaching the BFA for advice. As the Scheme has implications for leaseholders it was felt

A more progressive period has existed since 2002 where the Association has been able to focus its efforts on consultation and collectively representing its members in discussions with BVT.

and professional persons to lease land on which to build houses amongst those rented by his workforce. Many of these leases were for 999 years, but they came with caveats. Everyone who lived on the estate was expected to look after his/her house and garden, lead a sober life and respect their neighbours.

It is George and his team that we have to thank for the design of the Estate: the housing density, the open spaces, the large gardens, the facilities, the attractive architecture, the mixture of types of housing as well as the lack of alcohol or fish and chip shops.

sure, but both large houses and modest terraces were built.
The conditions of the leases remained the same meaning that at the end of the period of the lease the land, with its property, would revert to the landowner.

The social landscape had also changed since the 1900’s when the founding deeds of the Trust were laid down: the Welfare State was established, National Insurance was introduced, Local Authority Housing began to be built, the NHS was available to all, to name just a few. Home ownership was on the rise but there was growing disquiet about leasehold tenure.

The Rowntree, Calthorpe and Bournville Estates, amongst others, were recognised for their outstanding contributions. Bournville Village Trust petitioned the Minister of Housing in 1968 in order to protect the visual appearance, amenities of the area and the ethos of its founder George Cadbury.

At the same time the homeowner is subject to restrictions and must seek permission before alterations are made that affect the visual appearance of their property. (Those wishing to understand fully the implications of the Scheme should obtain a copy of “The Bournville Village Trust Scheme” from BVT.)

The original charge stipulated within the Scheme of 1972 was £3 rising every 5 years in line with the corresponding period of the Retail Price Index.

It set homeowners in conflict with tenants, all counter to the ethos of George Cadbury. Tenants somehow also gained the impression that freeholders were being subsidised by them.

BVT has its roots in the Society of Friends. Quakers have a principle of not taking a fellow believer to Court, and as there are many Quakers on the Estate this was a direct affront to their beliefs.

The financial objection to the proposal centred upon what was seen as an unrestricted and unpredictable expense to Freeholders.

1991: the High Court ruled in the Trust’s favour

BVT paid for the legal fees incurred by FLAC members, FLAC was wound up and BVT then instigated a new charging mechanism where the previous year’s expenditures relating to the management of the scheme area was apportioned and levied on the Freeholders.

However; peaceful relationships between BVT and the freeholders were not restored. Many felt the Trust, an unelected body, now had an open cheque book and could legally recoup expenditures over which they had no control.  Additional taxation without representation!

Many legal arguments were expressed and BVT was driven to spend time and energy defending their position whilst BFA found many inaccuracies in their statements.

Fortunately some of the Trustees wished to resolve the conflict. Too much time was being spent in fruitless arguments which were a drain on the Trust and their ability to manage the estate. After a period of negotiation and consultations the Trust agreed to make changes.

The proposed amendments allowed BVT to manage their budgets and the freeholders to have some certainty over the fees.

that BFA should widen its appeal by expanding its constitution to include all property owners on the Estate and so in 2009 BFA became the Bournville Freeholders and Leaseholders Association.

Members: Please let us know if your email address has changed.